The man in the maze: A behavioral science journey into consumer studies

The man in the maze: A behavioral science journey into consumer studies

As a researcher, one of my biggest thrills was being able to predict how someone was going to behave, especially without asking him or her. This was a learned skill, forged in the long hours of maze-running on the 11th floor of the Behavioral Science Building at the University of Utah. You see, you cannot ask a rat how he solved a maze, but with a clever design and an observant eye, you just know how he did. It was especially amazing to watch that moment of insight, of AH-HA, when he just ‘got it’ and started running perfectly. But in order to truly understand that moment, I had to have my own AH-HA moment, and it happened five thousand miles from my mazes in Utah.

The Piazza del Duomo in Milan, Italy, is a magnificent plaza. Originally created in the 14th century, it houses one of my favorite churches: the Milan Cathedral (Duomo di Milano). Anyone who knows me knows that I love grand, old churches, but the Milan Cathedral is special for many reasons, including the number of architects needed to complete it across its 500 year history (look it up on Wikipedia, it’s fascinating). Another reason is best summarized by Oscar Wilde: he called it "an awful failure”. It’s not, by the way. It’s quite stunning.

But more than that, the Piazza houses the seed of my doctoral dissertation. In a fantastic demonstration of the complexity of the brain, two Italian scientists [1] asked parietal lobe damaged patients to recall the layout of the Piazza from memory. These patients exhibited a very specific type of parietal damage called “Neglect Syndrome”, in which the opposite side of the world from the damage is “neglected” or ignored. Patients were asked to imagine that they were standing at one end of the Piazza and describe what they saw. As anticipated, patients with damage to the right lobe only described the right side of the Piazza. When the patients imagined the Piazza from the other side, however, a remarkable thing happened: the patients still remembered half, but it was the formerly neglected half! The entire Piazza lived somewhere in their memories; however, the ability to recall it depended on their view. For me, as a naive graduate student reading this study as I shared a Froot Loop or two with my rats in their mazes, this study had a huge influence over my theoretical views.

About the same time I first read this, my friends and I took a holiday to Europe. It was during the Winter Olympics in Salt Lake City (SLC) and the university was closed for a few weeks. It was also February in Western Europe, and that means the sky had a depressive gloom that would cause a Seasonal Affective Disorder sufferer to collapse into peril. For a few days we stopped in Paris to explore the City of Light. As we attempted to navigate the streets, I was dumbfounded at how I kept getting lost. I was a spatial navigation researcher, with an exceptional memory, and a Master’s Degree just months away: why did I keep getting turned around? I never got lost in SLC. After a few days of aimlessly wandering confounded through the Parisian streets, we took the TGV to Bordeaux. While enjoying the thrill of traveling at 220kph it hit me like a bug on the windshield of the train: I kept getting lost because I had no cues to guide me. The sky was always grey. One could not see the sun, much less orient by it.

Furthermore, Paris developed as a city though the centuries, as opposed to the perfect grid-like planned layout of SLC. As such, the Parisian streets have no linear organization and the buildings impaired any ability to look around. The streets of SLC, however, are the exact opposite: there are mountains on three sides and a giant lake at the other. Furthermore, the grid-like street pattern centers on Temple Square downtown. Thus, the reason I kept getting lost in Paris but couldn’t get lost in SLC was because they were different spatial environments! Much like my little Froot Loop eating, maze-running companions, this was my AH-HA moment.

People do not notice signs above 10ft

After graduating I left spatial navigation research, vowing to one day return once I had my own lab. As my career took another path, questions remained and nagged like a cliffhanger in a cancelled TV series. Fast forward ten years, to now where technology has developed leaps and bounds. Selfie sticks. Twitter. But of the more useful developments, Noldus now has TrackLab and Tobii Pro has Glasses 2.0. Like a lightning bolt reminiscent of Harry Potter’s head, I knew immediately what these new technologies afforded me the opportunity to do: return to those nagging questions, but this time leaving the Froot Loops on the shelf and the rats in the pet store! An interesting search of available extant shopper data shows what we already know from rats: people do not notice signs above 10ft [2,3], shelf endcaps serve a distinct purpose by providing landmarks, and that grocery stores are perfectly suited for thigmotaxic behavior. I love that word, by the way. I use it at every opportunity. It’s fancy-pants-speak for ‘navigation by sticking close to the walls’. At any rate, there seemed to be a disconnect between shopper studies and spatial navigation research.

There is much being done with beacons and shopper behavior. For example, wearable tracking technology is becoming so pervasive that Apple built the iBeacon into iOS7 [4]. It’s brilliant, but it’s being done by market researchers, not experts in spatial navigation. This, in my opinion, is not a negative thing per se, but is definitely something that needs to change. Studies rooted in psychological theory conducted by behavioral researchers can truly understand the consumer experience by, for example, tracking the journey to the store and in the store. Future technologies must rectify internal position (IPS) with global position (GPS). We must leverage the expertise of Noldus Consulting Services to understand consumers to answer not just the how, but the why. I can track how I drive and where I go, but why do I drive out of my way to pass four supermarkets to go to my favorite store? Furthermore, research using facial expression analysis has exploded, but who has shown its ability to generate insights? The method is a tool, but we, the researchers and consultants, are the Artists, generating insights like Picasso on canvas.

Although a long, circuitous journey, my foray into consumer studies comes deeply rooted in a profound understanding of both the brain and behavior. Market research has parallels to academic research and both share similarities. Both want to drive understanding and not let our technology drive away our insights. Both have the intense need to use our research tools in the best possible way. Now, there are consultants who can be leveraged to create genuine value so that clients can find the sweetest Froot Loops at the end of their own mazes: fulfilled consumers. 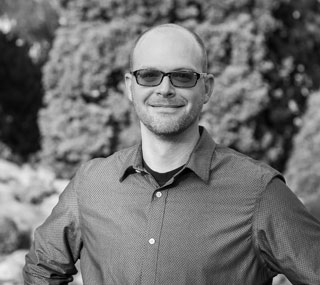 by Jason Rogers, Ph. D.
Generating insights are a bit like creating drum grooves: When they emerge and are on point, you feel them as they move through you.
Profile